The Horse at War 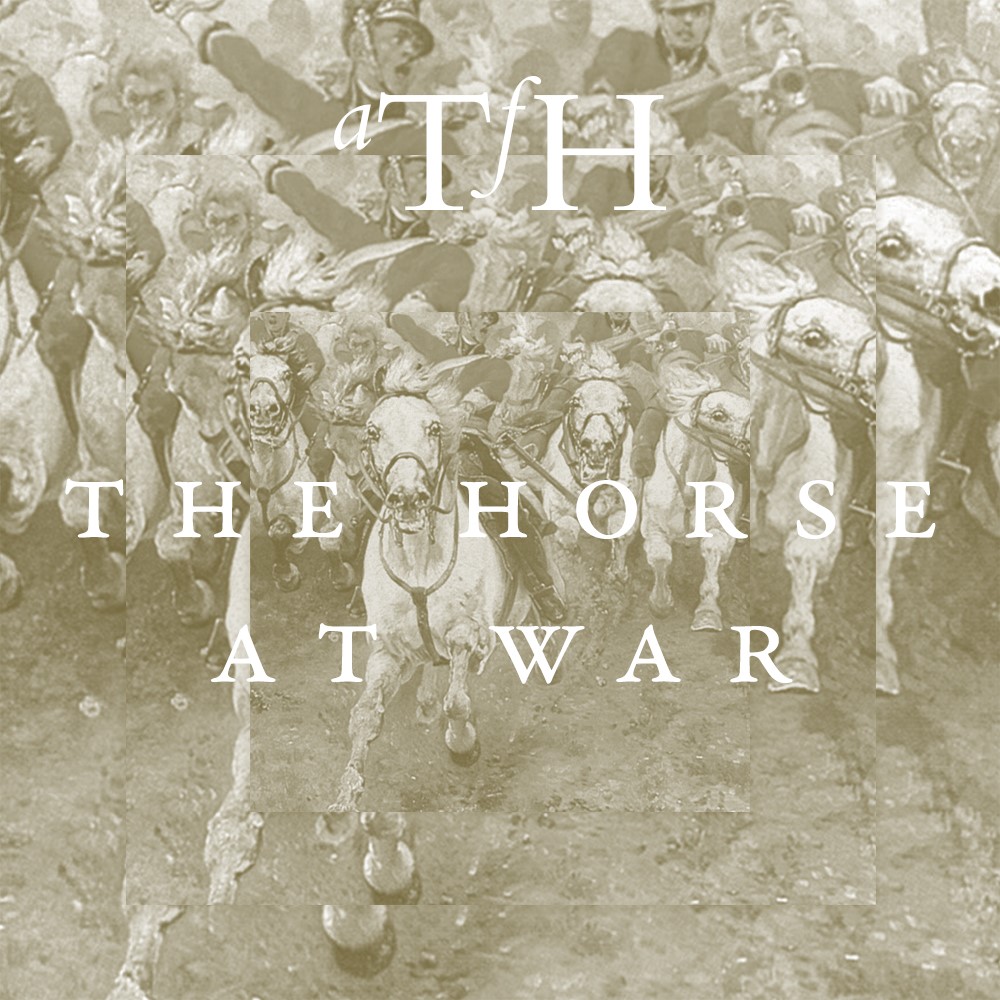 “A horse, a horse! My Kingdom for a horse!” Having lost his mount, standing amid the chaos of war that August day in a Leicestershire field, Richard Plantagenet, third of that name to sit on the throne of England, knew the value of a horse in battle.

“A horse, a horse! My Kingdom for a horse!” Having lost his mount, standing amid the chaos of war that August day in a Leicestershire field, Richard Plantagenet, third of that name to sit on the throne of England, knew the value of a horse in battle. A solider on a horse is more than a human sitting on an animal. Mounting the steed blends and multiplies both of their capabilities, combining the horse’s size, power, range, and mobility with man’s cunning, adaptability, and sadly rich capacity for making war. The result is a war-machine with a man’s brain and a horse’s power. In this episode, Abby takes us through the centuries as the human-horse relationship evolved from use as a food source to unified action in battle. Of course, it’s the human’s battle, not the horse’s.

Mounted war has been part of human history since the early days of the Roman Empire. Stirrupless cavalry, lightly armed and poorly armored, was used rarely in the major Roman battles. It did have great mobility and range, though, and served to guard the borders of the Empire; pickets against the Barbarian hordes. 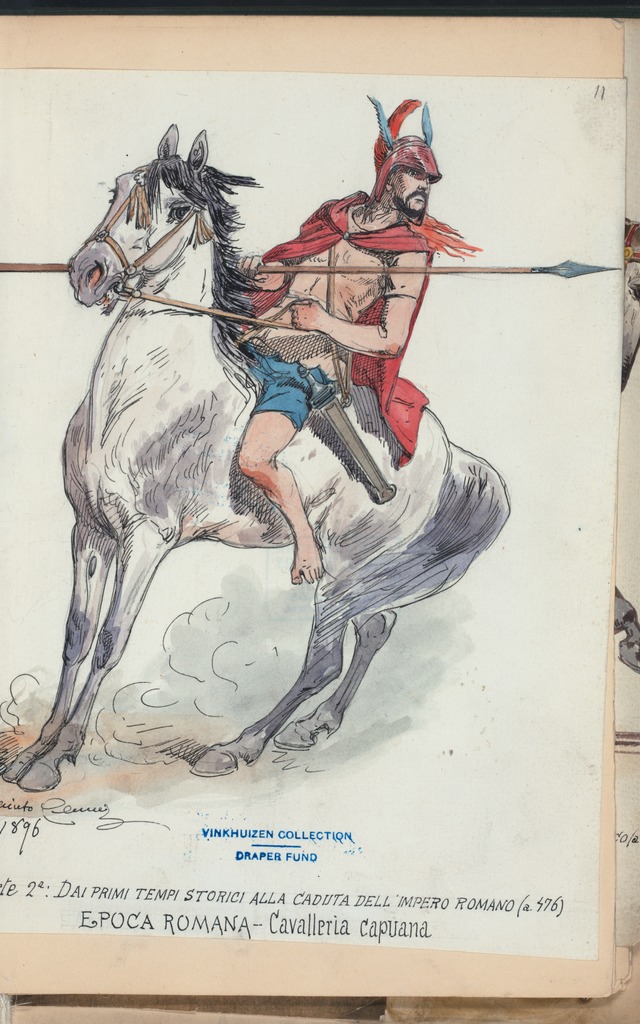 Too late to save the Empire, the stirrup arrived somewhere around the turn of the 7th Century, giving the rider more control over the horse, and the cavalry’s capacity as a fighting unit grew. The stirrup allowed Mongol archers to amass an empire which was, at its height, bordered by the Pacific, The North Sea, The Persian Gulf, The Black Sea and the Sea of Japan. 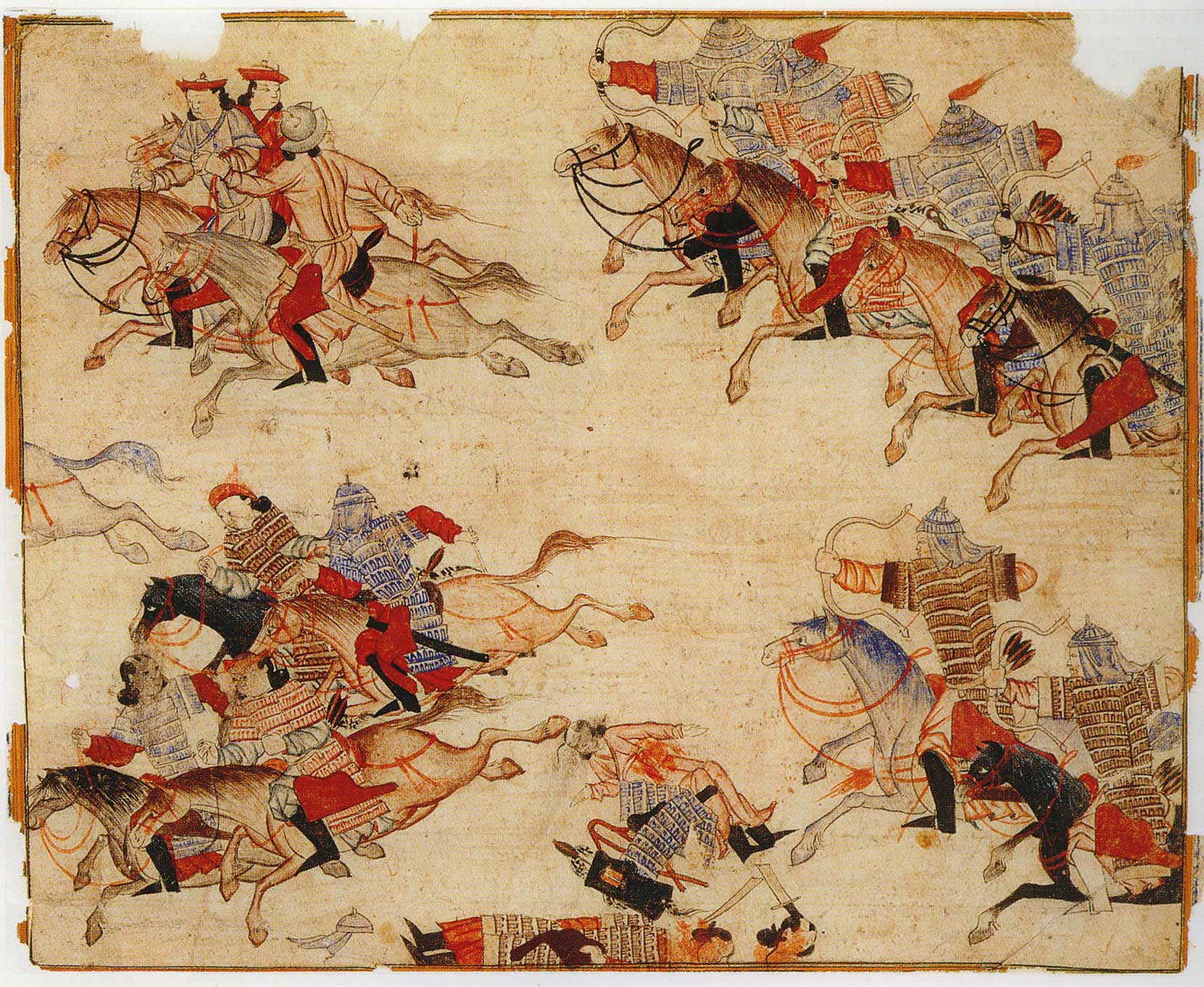 The long-bow, and then firearms, spelled the end of the armored horse and rider, but not the mounted warrior. This evolution is clearest in the shrinking armor of the Cuirassiers and the Heavy Cavalries of the Napoleonic Wars. They served the same mission as the knights of old – direct attack – but did it wearing a breast plate (cuirass) at most.

The value of the mounted warrior was still not in doubt. There were now Heavy Cavalry, Light Cavalry and Dragoons – each with its own specialized job on the battle space, each a platoon of fighting horsemen. It only takes a single viewing of Lady Butler’s "Scotland Forever!", depicting the Royal Scots Greys and a Heavy Cavalry unit at full charge at Waterloo, to understand two things: a cavalry charge was a barely controlled stampede; and the cavalryman’s major weapon was not in his hand. He was riding it.

For the rest of the 19th century, tactics would not change, but the relationship of warrior to war horse would. In the disaster of the Crimea, a light cavalry unit was used with no support from heavy cavalry nor infantry in the rear. But that is a story for another time. As the bow and the gun had marked the end of the knight, so the Maxim gun and the tank ended the relationship of horse and rider as fellow combatants. 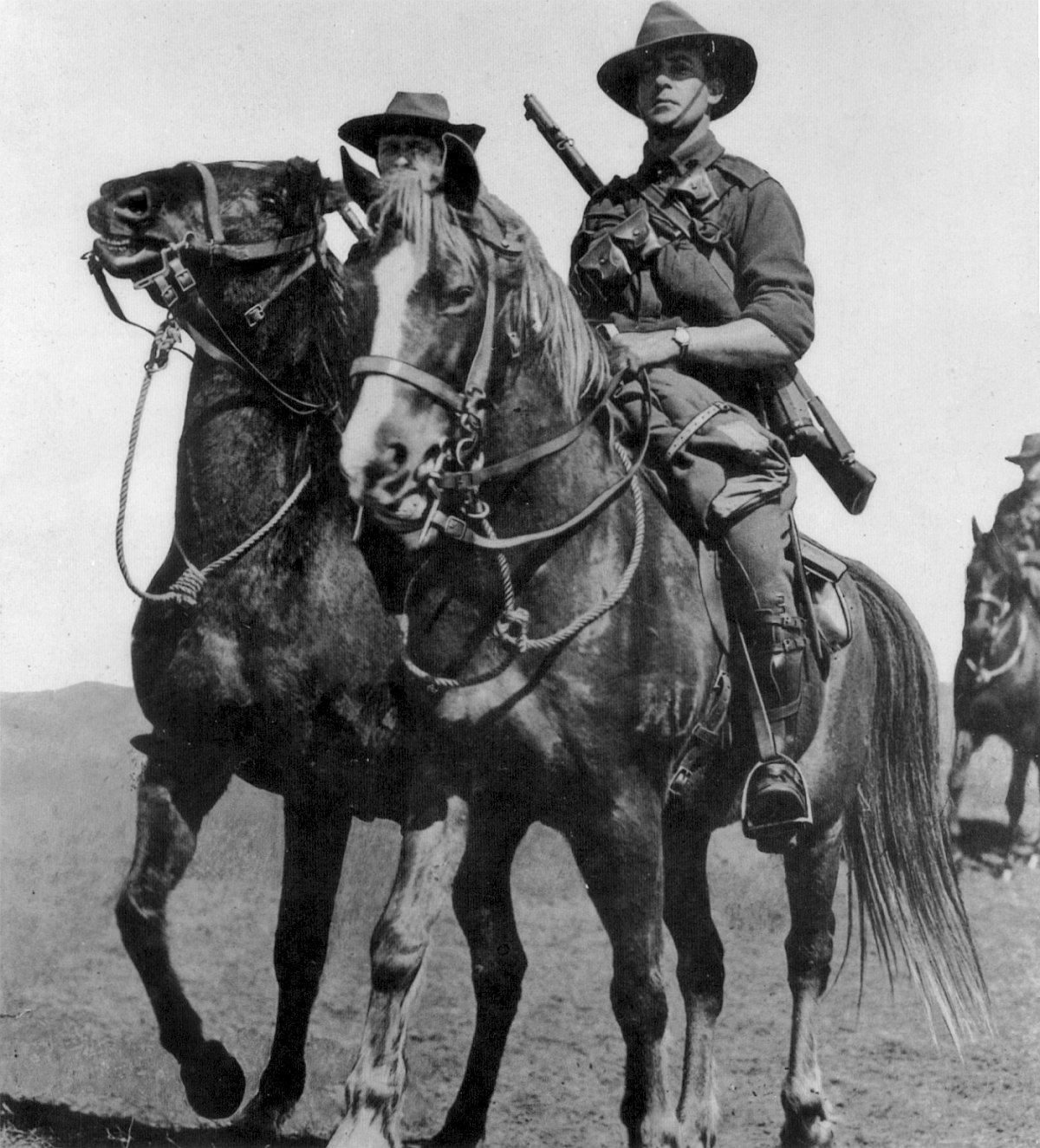 There would be a few more notable cavalry charges: Polish Lancers against the Blitzkrieg; Americans during the fall of Bataan; British in Burma. All honorable, all majestic, all doomed. The Australian Light Horse made a successful charge at Beersheba in 1917, and the Italian Savoia Cavalleria defeated a sizable Soviet force at Izbushensky in 1942. But that was the end. The army got rid of its war horses, and the internal combustion engine did the rest. All brawn, no brain. A better time for horses.

During the first days of the current Afghan war, soldiers of the 5th Special Forces Group, by dint of necessity, formed an irregular dragoon force and successfully engaged superior Taliban forces. From Rome to Mazar-i-Sharif men and horses have combined as a mobile, agile combat unit of impressive range and versatility. What the soldiers wore and fought with changed, but they were always found in the same place. On horseback.

Mandal, D. (2015) 8 fascinating facts about the Huns and their warfare. Realm of History. Retrieved on March 10, 2018 from https://www.realmofhistory.com/2015/09/05/8-incredible-facts-about-the-huns-you-probably-didnt-know-about/

Brighton, T. (2005) Hell riders: the truth about the charge of the light brigade. Available in hardcover, paperback, and Kindle editions from Amazon.com

Erik Sampson "Ice Age Flute" https://eriktheflutemaker.com/
(A brief note from Erik about the Ice Age Flute: “The original Ice Age Flute would have been extremely high pitched. That cave in Germany deeper into it from where the flute was found had nice acoustics. My inspired Ice Age Flute is wider with a better flute material - bamboo verses bone. So mine is deeper and richer. I figure the original would have morphed into a deeper flute, which from Germany I think came the recorder, once lathes came about. There was no bamboo in Europe naturally growing.”)

Images for this episode:

Attic Black-figure Amphora attributed to the Swing Painter, ca. 540-530 BCE depicting a warrior and his charioteer mounted on a quadriga, or 4-horse chariot. A soldier bidding farewell to his parents was a popular subject in vase-paintings. Here he has mounted a chariot drawn by four horses; and his charioteer, dressed in a long white and red chiton, prepares to drive him to the battlefield. The great warriors of Homer's Iliad were conducted to and from combat in this way. Metropolitan Museum of Art [CC0], via Wikimedia Commons

The Roman Cavalry. From the Vinkhuijzen collection as a scan from the New York Public Library's Digital Library, digitalcollections.nypl.org [Public domain], via Wikimedia Commons

"Scotland Forever!" is an 1881 painting by Lady Butler (Elizabeth Thompson) depicting the start of the cavalry charge of the Royal Scots Greys who charged alongside the British heavy cavalry at the Battle of Waterloo in 1815 during the Napoleonic wars. [Public domain], via Wikimedia Commons

Australian light horsemen riding Waler horses. The soldiers are of the original contingent of the Australian Imperial Force and the photo was taken prior to their departure from Australia in November 1914. The soldier on the right is Trooper William Harry Rankin Woods, 1st Light Horse Regiment, who died of wounds on 15 May 1915, one of the first light horsemen to die during the Battle of Gallipoli. By Sydney Mail [Public domain], via Wikimedia Commons